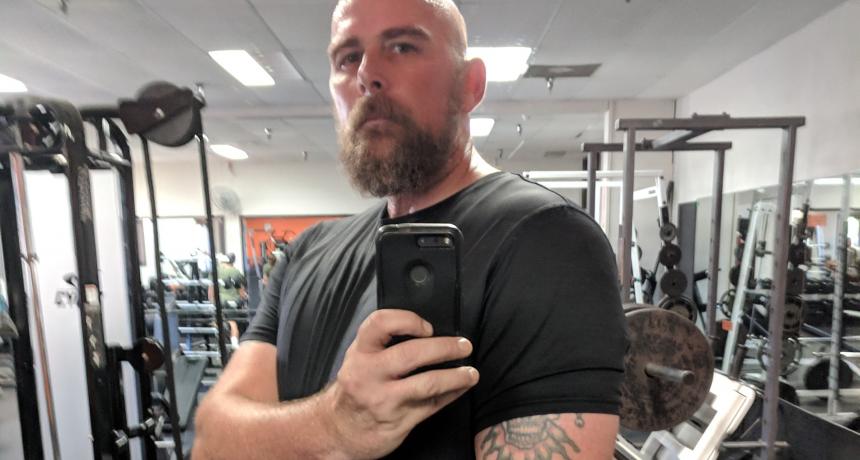 Remember when you were first diagnosed, or what about when the team told you your percentage for surviving this horrible disease? Mine was a 10% chance five years ago, and that was even after my medical team at Stanford figured out a treatment for me. Acute Undifferentiated Leukemia is one of those rare leukemias, well at least that’s what I was told. Now, back to my thought, memory. I find it funny that I can remember the majority of good and bad stuff that happened to me five years ago; but forget what I did yesterday, or someone has to repeat themselves two to three times for me to understand.. Sometimes I wish I could forget, the day my doctor told me I had leukemia, he said, “we don’t know what kind, but we need to get you to Stanford or UCLA right away”. I wasn’t freaked out, or crying, I was just numb.

“It’s alright, we can fight this, I Love you, now let's explain how we’re going to fight this to our kids”

I gave my wife the phone, went out into my backyard, I love my backyard, it’s beautiful. I did something that I had not done in quite some time, I pulled out a joint,went back inside and told my wife, "I’m gonna take a happy break". It was a beautiful day as I forgot about what my doctor just said. Forgetfulness, sometimes good, sometimes bad, this time, it was a whatever moment. Twenty minutes later my wife came outside, she said, and I’ll remember this forever, “It’s alright, we can fight this, I Love you, now let's explain how we’re going to fight this to our kids”. I’ll never forget the look on my boys' faces, they were twelve and fifteen at the time, they were devastated. The girls, well, they took it way better, they're a tad bit tougher. No, they just knew that I/we could do this. So, my journey began.

I had always thought I was a Christian. I went to a Lutheran school when I was a kid, my parents dropped me off at church on Sundays, and now I attend the same church with my family for the past twenty years; but did I truly believe? That’s a difficult question to answer. There are many accounts of Jesus, not only in the Bible, but in Roman history. History.com writes, “Another account of Jesus appears in Annals of Imperial Rome, a first-century history of the Roman Empire written around 116 A.D. by the Roman senator and historian Tacitus” (Klein, C., 2019). My wife reminded me that Jesus took all our pain and suffering and all that we have to do is believe, you know, have faith. That’s so difficult when you are faced with a life or death situation. Praise God for my wife, she is so darn positive. She was on it. ”Don’t worry”, she said, “the oncologist is saying that you have a 10% chance to live”. I know, crazy talk is what I thought. My faith was not as strong as my wife’s; but I was about to find out how to put my little faith to work. Imagine believing in an event that can add purpose to your life. I remember on June 2, 2014, at eight in the morning when nine doctors came into my hospital room and said, “we don’t know what to do, you have a rare leukemia, there’s not much written information on it”. My wife immediately asked everyone in the room if they would hold  hands and pray.

I must still have a purpose on earth, Acute Undifferentiated Leukemia did not take me out, but that significant event changed my life for the better.

Now that I can look back at it, it was a great moment in my life. It’s amazing to witness the power of God bring people together from different nationalities, different religions, and who knows, maybe no religion. I’ll never forget my doctor, he asked my wife if she was one of those crazy Christians, hilarious; but you bet she is. Later on that day around four o’clock they came back and said, “we know what we're going to do, it’s going to be tough”. For myself and my family that’s all we needed to hear. It was a miracle to me. I can’t count the times that my faith was bolstered that year and half of hell. It’s a blessing to be alive, and healthy with  no sign of cancer. Even though I was not there at Calvary, Jesus was there for me, and you. I must still have a purpose on earth, Acute Undifferentiated Leukemia did not take me out, but that significant event changed my life for the better.

Klein, C. (2019, February 26). The Bible Says Jesus Was Real. What Other Proof Exists? Retrieved from https://www.history.com/news/was-jesus-real-historical-evidence

Anonymous
The author of this post has requested to remain anonymous. As many know, cancer is not an easy subject to talk about. Being anonymous makes it easier for someone to come foreward and speak openly about these things. We hope our blog can strike a chord and really facilitate these conversations, so that posts like this will one day not require anonymity.