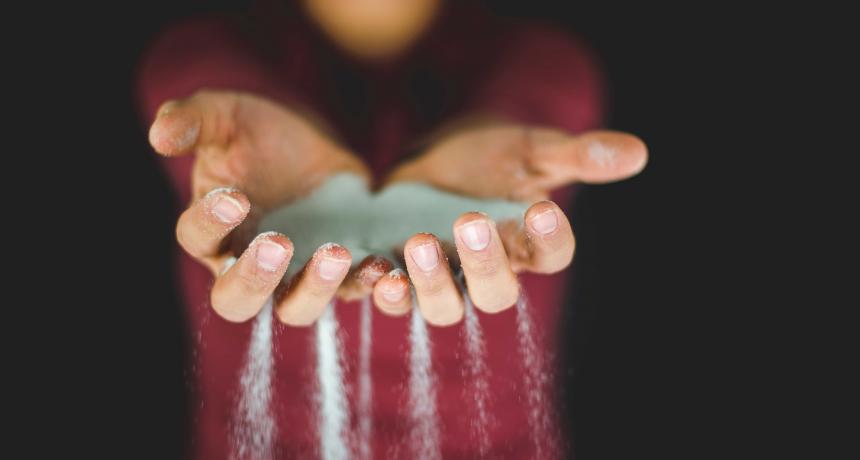 I've published blogs about my husband’s battle with brain cancer, but I’ve never spoken about his misdiagnosis. It all started with not feeling well, going to three specialists who passed it off as holiday stress, ending up in the emergency room with signs of a stroke and then diagnosed with a highly malignant GBM (Glioblastomas) brain tumor on Christmas Eve Day.

The prognosis was terminal: less than 18 months to live. I was told to get our affairs in order.

Frank endured whole brain radiation and chemo, but as time moved on he didn't show signs of a terminally ill man. After his eight week stay the hospital, he made great strides at home. His team of doctors had no explanation. Then about seven months in, the next scan showed a tiny spot.

This is never good.

We were referred to a hospital that had great success using stereotactic radiosurgery. Stereotactic radiosurgery targets only the small tumor area in your brain with high doses of radiation. We made an appointment and met a young, knowledgeable doctor who felt this treatment would be of benefit. But it would have to start immediately because it could not be used if the tumor grew any larger.

Without hesitation, we made all the necessary appointments. But all of sudden, everything stopped. When I followed up, I did not receive a response. Everything went to voicemail -- until the third call. I don't really know what world I entered as I heard the doctor say, "Hasn't anyone called you yet?"

She continued, "When the radiologist was making the mask, he noticed something odd. He requested and re-tested the original biopsy slide and it's not a GBM tumor. It's Primary CNS Lymphoma (PCNSL)."

My heart stopped then and there. This could not be good.

I was stunned to find out how specialized it is as my vocabulary and education in these matters grew. Primary central nervous system (CNS) lymphoma is malignant cancer cells which form in the lymph tissue of the brain or spinal cord. The cancer can spread throughout the body beyond the lymph nodes.

The chemo regimen would have to be administered in the hospital with a three to four day stay because of its toxicity. Our path was set on finding a highly trained doctor. He quickly helped us assemble a team of experts from brain cancer oncologists to surgeons. We traveled the road from correct diagnosis, new chemo treatments, many surgeries and spinal taps, and after care. Sadly, aftercare became shorter as Frank's health would eventually fail because the cancer was spreading to his spine. He would, however, outlive his original prognosis of less than 18 months. Frank lived exactly three years to the day of diagnosis.

What do you do when you find out you've been misdiagnosed?

Well-meaning friends remarked, "Shouldn't someone be held accountable? Do you have a good medical malpractice attorney?" Filing a lawsuit might have been relatively easy. Clearly a mistake was made. Protocols could have been better. But, a hospital where a doctor practices usually cannot be sued for damage caused by misdiagnosis because most doctors are not hospital employees, but rather as independent contractors. To prove failure to diagnose correctly, you need to prove that a correct diagnosis would have led to a better outcome than the one the patient reached.

As we sat at the dining room table one evening to discuss all of this and come to a decision, I looked in Frank's eyes and then down at the piles of paperwork. Neither one of us said anything. So, I rallied with, "Do you or do you not want to file a lawsuit?" His answer was a simple, "No!" I could understand his decision. I would respect it.

Cancer had taken up so much of our lives. We suffered together but through it all, we laughed and we loved together, never knowing how much time we would have. We didn't want to waste it with endless calls and meetings with lawyers and court appearances for a case that would probably go on for years before being settled out of court. We didn't want to listen to the various debates on whether or not the misdiagnosis and wrong treatment made his condition worse, but outliving his original prognosis probably would have made this a moot point.

A lawsuit would not change Frank’s prognosis or treatment. Frank would most likely not see a penny if we won because he would have succumbed to this disease by then. At some point, I would want closure from it all and re-start my life, and I didn't want it to begin with profits from Frank's illness.

I chose to go a different route: I documented Frank’s cancer path in writing from the very beginning to the end. I used all those multi-syllable words I learned. I named names, dates, and actions. After his passing, I sent a copy to the top ten management hospital officials.

Two months later, I received a call inviting me in to meet with them. We discussed each point in my letter. They apologized for the missteps along the way and shared that they wished they knew earlier. I reassured them I was not filing a malpractice suit, although I'm sure they knew that the time limit was well passed by then. I explained I was there to honor Frank's life. To do that, they should take the settlement money I most likely would have received and make the necessary changes to hospital protocols so that no one else would go through this.

When I finished speaking, they had tears in their eyes and the room fell silent. I knew for sure, if there was any doubt in my mind, that Frank made the right decision for us.

It's now been over five years since Frank's passing. I have been back to that hospital for emergency care and two surgeries. I am very happy to say that I witnessed major changes in the departments. Each time I received excellent care by empathic, knowledgeable hospital staff. Nothing will bring Frank back, but knowing that the hospital has greatly improved in the care it gives is the outcome we wanted.

The path we took may not be right for everyone, but it was right for us.

Did you receive a misdiagnosis? What did you choose to do? Share your story in the comments below! 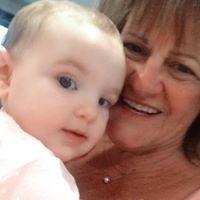 Top
Blogger
Maryann_Augusta
Maryann is a mom to two sons and daughter-in-law’s and also a grandma. Cancer has a special meaning for her. In 2008 her husband Frank was diagnosed with a brain tumor. Given less than 18 months to live, Maryann was thrown into the role of researcher and caregiver. Two years after his passing, Maryann received her own cancer diagnosis: invasive ductal carcinoma in both breasts. Since completing her treatments, there are no signs of cancer. Presently, she splits her time between Holbrook, NY and Montauk, NY. She enjoys writing, photography, action movies, and drives on long stretched out roads to faraway places and the many stories they carry. She blogs about navigating two cancer journeys and survivorship in the hopes of helping others find their way. 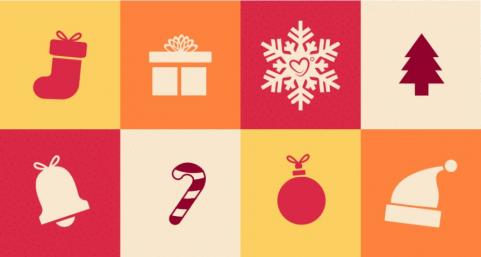 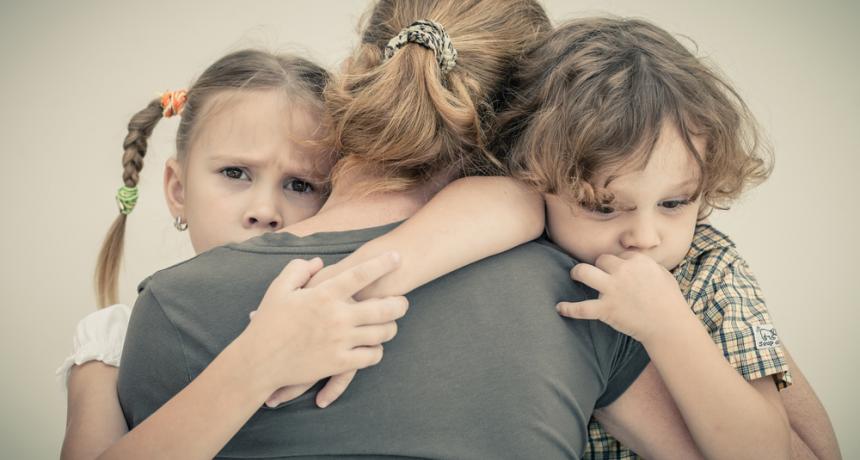 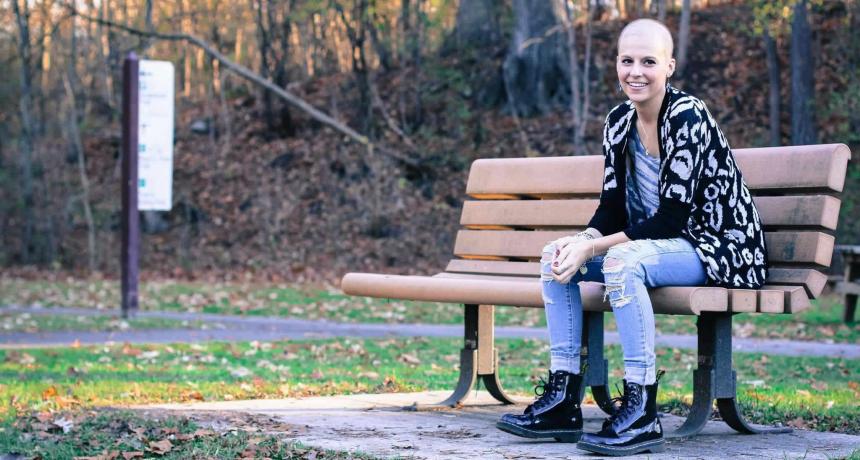 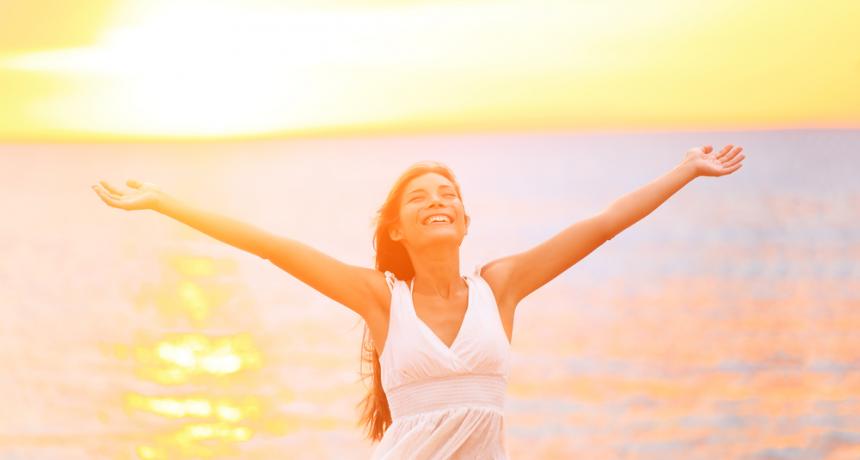 Three Ways to Achieve A State of Gratitude