I met my best friend Brock during the first week of high school. We started off as just a couple of naive 13 year olds more interested in being with the girls from the school one town over than being in class -- little did we know that our friendship would be essential to my survival in just a few years.

Brock and I were attached at the hip all throughout our time at school. We would spend recess and lunchtime together, took the same classes and studied together. When I was elected School Captain in Year 12, Brock was the first to congratulate me. When he achieved the top rank in a subject (which he often did), I would sing his praises the loudest, knowing how hard he worked. There weren’t many of our individual triumphs, personal or educational, that we didn't indulge in together. Conversely, there weren’t many individual tribulations that we didn't support each other in overcoming.

But when I was diagnosed with cancer, I was deeply afraid that my friendship with Brock would be significantly impacted. I honestly had no reason to be afraid; we had been by each other’s sides at the best and worst of times. However, I knew that the stigma surrounding cancer, especially youth cancer, would present a different kind of challenge to us. We had sat through enough Physical Education classes learning about cancer to know that young people typically have lower rates of survival, so the last thing I wanted was for our friendship to be defined by my diagnosis.

I was so afraid of the impact that my diagnosis would cause on our friendship that I held off from telling him for as long as I could. Once I had been officially diagnosed, my school was kind enough to grant me a one-month absence to prepare for surgery and subsequent recovery. I did not tell any of my close friends why I was absent -- especially Brock. I went as far to instruct my teachers to not disclose why I was absent to any of the students in my grade. I kept my phone off and did not log in to any of my social media accounts for the entire month I was off from school. I figured doing so would save me from an avalanche of intrusive questions, and more importantly, save me from having to come clean about my already overwhelming medical condition.

Naturally, my doing so did not deter Brock in the slightest. If anything, my absence and overall social withdrawal made him more determined to find out what had happened to me. It was not until I was preparing to return to school that I turned my phone back on and realised that Brock had called every day during my month long absence from school.

Every. Single. Day. It was hard for me to deny his efforts at this point. So, the day before I officially returned to school I gave him a call. He answered after only one ring – typical Brock!

It is a testament to the strength of our friendship and his personal character that after going one month without speaking our first conversation seemed like we had not let any time pass between us. As we usually did in our phone calls, Brock started off with a dirty joke, but instead of waiting to hear my reply he immediately went into expressing his concern that my absence from school was health-related. It was as if he had a sixth sense. I mustered up the courage to tell him that he was right, and that it was cancer.

Not missing a beat, Brock responded in earnest by saying that it was only a matter of time before I would go from being a cancer patient to a cancer survivor. This was just the reassurance I needed from my best friend.

Brock knew about my concern of being treated differently because of my diagnosis, so he made sure that my life at school would remain relatively the same when I eventually returned-- and it did. We continued to spend every recess and lunchtime together. He would devote extra time at the end of class to go over notes about the lessons I had missed. We still made time to study together.

Most significantly, in alleviating my concerns post-diagnosis, Brock regularly made the effort to be by my and my family's side whenever I had to fulfill my newfound commitments with the Prince of Wales Cancer Centre, whether it was was appointments with my oncologists, undergoing blood tests or CT scans, or eventually cycles of Chemotherapy or Radiotherapy. He would often tell me that he would feel much easier knowing that I had familiar faces and people I could deeply trust around me when I would go to the Princes of Wales Cancer Centre, so he just had to be there.

After I was placed in remission, Brock would often tell me that my conquering cancer would make a great story to tell our respective wives and kids one day. I would always say in response that my story would not have been realised if it were not for him. To this day, we are still best friends. Although I can't repay the debt of his friendship while I was fighting for my life, I am forever grateful to have had such an incredible friend to count on. Whether you do or whether you don't have your own Brock, this is the right place to be - with people who understand what you're going through and who want to help. Reach out if you need to connect - you may just find your own Brock. 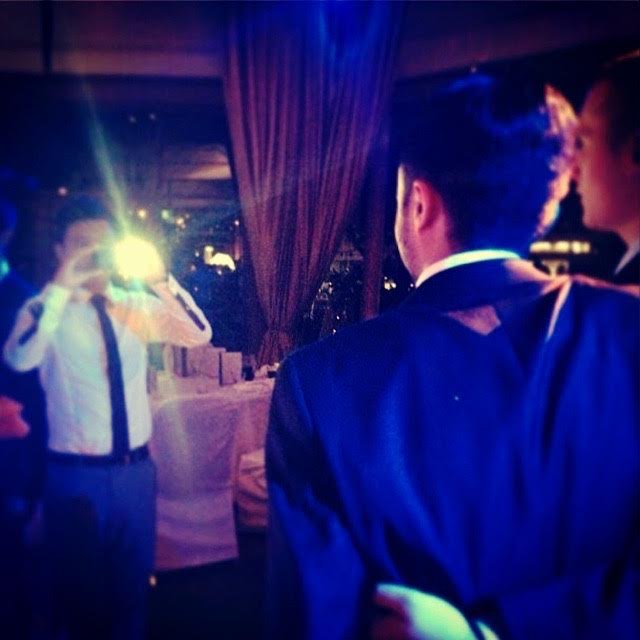 Do you have a friend who stuck around when others didn't? Give them a shout out in the comments below.

Friends
We may include affiliate links based on our staff and community recommendation when applicable. Prices change often and may not reflect what's online.