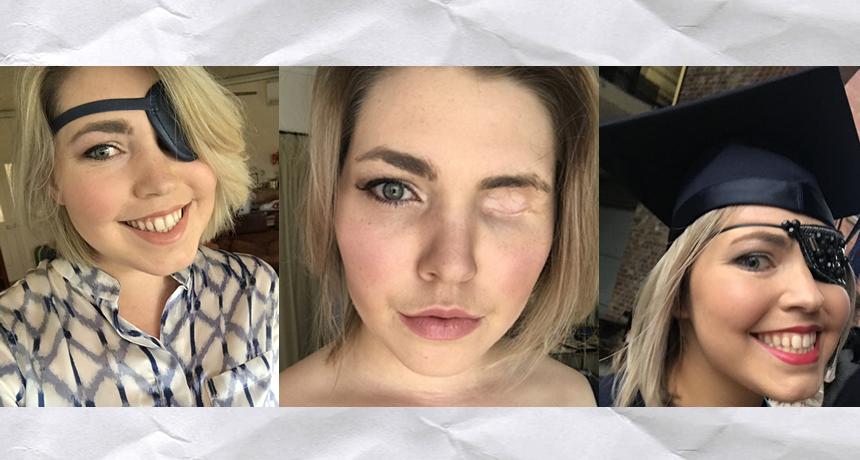 Cancer Took My Eye But It Can't Take My Spirit

I first heard the word 'cancer' when I was 20, an ophthalmologist used it so flippantly, like it was no big deal. I had a red mass on the white of my eye and I was being told I needed a biopsy and even if it was cancerous it would be easily treated with some eye drops. That was in October 2013, when I was misdiagnosed and told that the lump was benign.

It wasn't until January 2015 that I was formally diagnosed with Conjunctival (Ocular) Melanoma while I was on a gap year in South Africa. I was meant to stay in South Africa for another 6 months to volunteer and become a Scuba diving instructor, but it was made very clear by my treating doctors and oncologist that the best plan was to come back to Australia. For about 8 months everything seemed to be going well with my health, it really seemed that we had caught the cancer early and successfully eradicated it. Unfortunately that wasn't the case.

In September 2015 I was being told that my only chance of survival was to remove the eye and close over the socket for good.

I think that was the first time I realised how much cancer was really going to change my life. I was terrified, I remember yelling at my doctors begging for another treatment option, but as it turns out there wasn't one.

I sat in silence trying to comprehend what I had been told, I was so afraid of being different. It took me 24 hours of staring at my blank bedroom wall before it finally clicked. I was lucky enough to be given a chance to fight this, I could have been killed in a car accident but at least I have a way through this. I decided if I had to look different I was going to own it and wear an eyepatch- but not the boring black ones. I was going to make it my look, a statement, and I was going to own it. Once I got my head around it, I wasn't as scared, of course life would be different but I had a way to combat it, the ball was in my court again.

The surgery was a success and I was back to work, university and driving within a month! Life quickly went back to normal, and it was refreshing. All of my PET scans and MRIs were looking perfect and in June we decided to move from 3 monthly to 6 monthly scans.

It wasn't until September 2016 when I had the shock of a life time, I had just hopped out of the shower and I was about to get ready for work when my pinkie toe started to twitch. It was odd and after 10 seconds instead of easing off it started to twitch harder, then my whole foot started to twitch and I knew something was wrong so I called out to my mum, I think she thought I had forgotten a towel or needed toilet paper (as kids normally do) so when she got to the bathroom and saw my foot pulsating she was a bit confused. It moved up into my calf and it looked like a cramp that wouldn't grab, mum told me to sit down (thank goodness) because the next moment it seemed to shoot through my entire body I remember mum asking me if I needed an ambulance and not being able to speak, my heart was racing and I couldn't breathe. I thought I was having a heart attack or a stroke, the last thought that went through my mind was "how ironic, I survive cancer and then I have a stroke at 23."

The next memory I have is waking up butt naked on the cold bathroom floor to my mum trying to calm me, I didn't know if I’d been out for 3 minutes or 3 days. My mum told me the ambulance was on their way. When the paramedics got to my house they informed me it had been a seizure but that I would need to go into hospital because I had never experienced one before. I had a CT followed by an MRI, but it wasn't until the doctor came in and refused to speak to me because my mum wasn't there that I realised something was wrong.

When mum returned, the doctor broke the news that the Melanoma had metastasised to my Brain and I would be moved to Peter Mac immediately.

The days to come where a blur of treatment options and surgery plans. The treatment that was being suggested was not covered by the PBS so on top of all the stress we had to find over $100k to cover my treatment of ipilimumab and nevolumab. I was also trying to overcome the fear of my impending brain surgery, I had been a sports lover my entire life, and the surgery would potentially leave me unable to walk.

The surgery was successful in removing the problem tumour, however there were still several 1-2mm spots that weren’t accessible. I was very fortunate to regain movement through my right side, I was walking within a week! This was probably the hardest time of my life, in a 1 month period I had been treated in 5 different hospitals and rehabilitation centres. I was told everything from I needed to act like an adult to I needed to make my plans in case I didn’t get better while all I really wanted was to be home and start my treatment.

I was sent home 4 days before I was scheduled to start treatment and I don’t think I have ever been more relieved in my life! I started to feel stronger and happier at home, I even started running again (about 50m, but it counts!) I had 4 doses of the dual immunotherapy, once every 3 weeks and my final dose was just before Christmas. It wasn’t until after my final treatment that I started to experience the autoimmune side effects, at the start of January I was admitted back into hospital due to autoimmune hepatitis, anaemia and meningitis- it’s fair to say I was very unwell and was immediately pulled off my further treatment plan and put onto steroids. I hated the idea of being off treatment while the tumours were still visible but stable on my MRI’s however we needed to get these side effects under control, it worked and I was feeling much better within a few weeks!

In February 2017 I decided I was going to finish my degree in nutrition and that I would graduate by June, while my doctors wanted me to focus on getting over the side effects and treatment there was no changing my mind. During this time I was still in and out of hospital regularly and there were times where I hated myself for setting such a hard task while in the middle of everything else, that is until I handed in my final assignment on Friday 26th of May and given the news that I could graduate in June.

I not only graduated with a Bachelors degree of Food and Nutrition but I was also awarded the Vice Chancellors Medal of Excellence, this was the best day of my life and I have never been prouder of myself!

My scans have been showing that the disease is still stable and while it can be hard living scan to scan, we are almost at the 12 month mark with no change which is pretty incredible! It’s been a very tough year and going back to relying on my mum for so long was hard, as was pushing my limits and regaining all of my independence, but it’s taught me a lot about myself!

I’m strong, I’m beautiful and I’m the happiest I’ve ever been ☺ 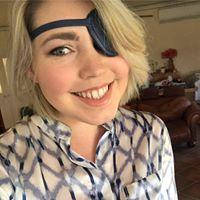 Jess is an eyepatch wearing 23 year old from the Mornington Peninsula. At the age of 21, she was diagnosed with a very rare eye cancer, Conjunctival Melanoma (this is on the white part of your eye). Her treatment for the first eight months was localised surgeries and observation. Unfortunately, just after her 22nd birthday, she was told that it had spread into her  lower eyelid and the only option she had was drastic surgery to remove her eye and eyelid and close over her eye socket for good.  Last September Jess received news last that she is now fighting brain metastases. Despite experiencing some nasty side effects from her treatment, Jess is remaining positive, especially so as recent scans revealed no significant growth or change in the tumours. 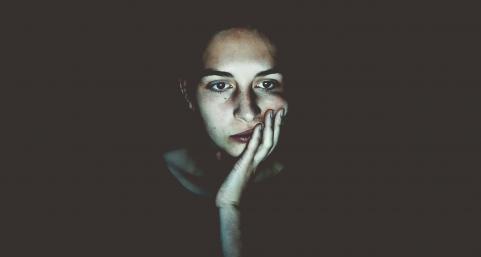 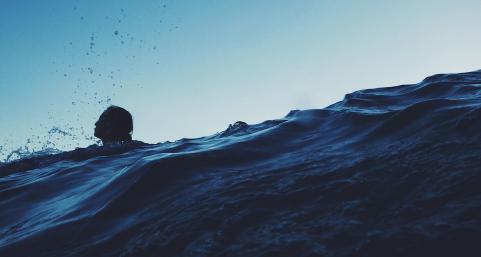 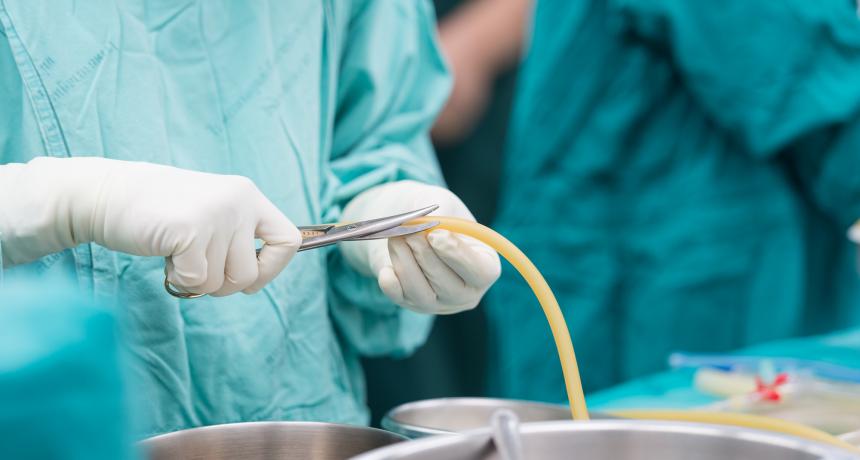 The Truth About The Dreaded Surgical Drains 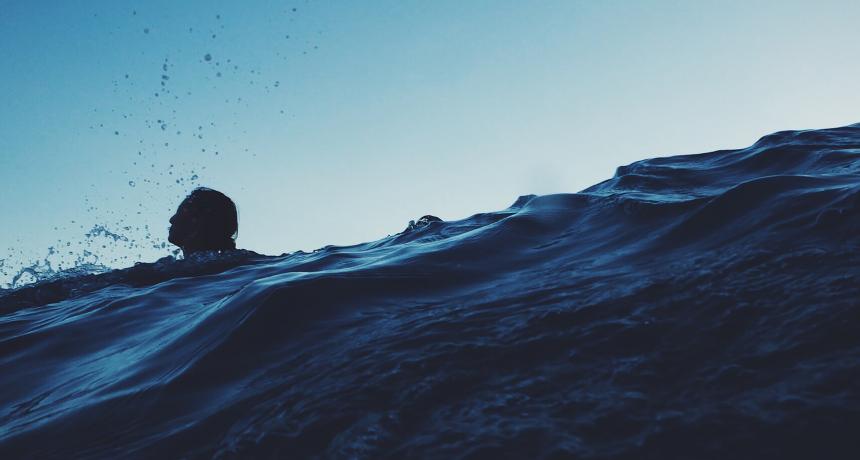 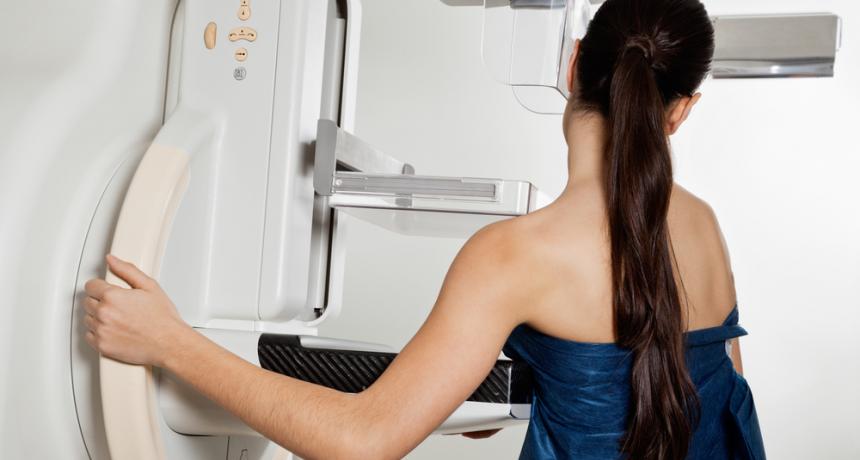 Thanks For the Mammaries