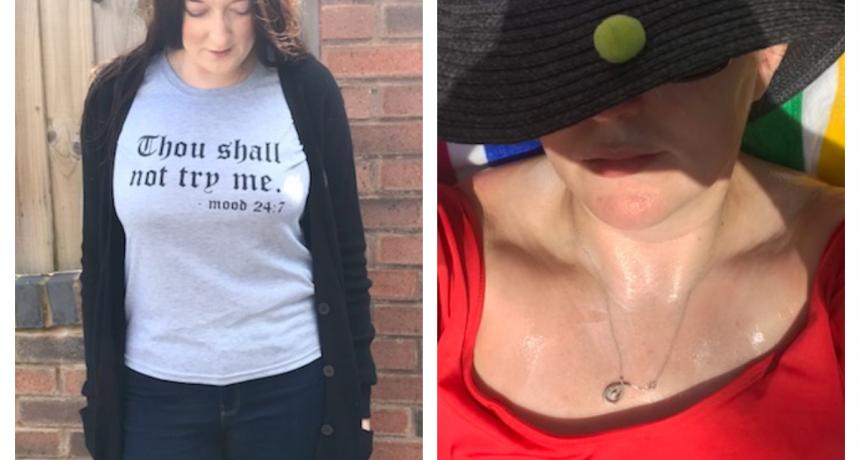 The wardrobe I had built up in my late teens and all throughout my twenties was nothing short of fabulous. Well, actually, there wasn’t much in there that wasn’t short truth be told. It was all short skirts, tight tops and more little black dresses than you could shake a glow stick at. When I hit my thirties I gradually lowered both my heels and my hemlines though I could still wear what I wanted and my weight never went above a Size 10 (Uk). Apart from a spotty chin more suited to an adolescent and ears more suited to Noddy I was pretty happy with the way I looked. Given my tall, slim frame I could get away with wearing most things and frequently did. Even after having my first child in 2011 I soon got my shape back and was able to wear all my pre-pregnancy clothes.

All that was about to change when in 2013 I was diagnosed with breast cancer. Obviously, my first thought wasn’t how much my appearance might change and, though I was diagnosed in the left breast only, I wailed at the doctors to take both breasts off. When they convinced me that this would be overtreating it I elected for a single side mastectomy and immediate reconstruction. There was no immediate change to my appearance unless you count the drains snaking out from under my jumper but, as the treatment progressed, so did my waistline.

Chemotherapy had a strange effect on my appearance. Naturally, it made my hair fall out but I was expecting that. I knew it would be temporary, and besides, the wigs I bought were way nicer than my actual hair. The funny thing was though, that I looked great during chemo. My skin cleared up, was smooth as silk and I was glowing! When I put my hair and make-up on I looked as good as I ever had - from the neck up at least.

My body, however, was not reacting so well to the effects of treatment. Tamoxifen made me pile on weight and I went up 3 dress sizes in the space of a few months. I had rolls of fat on my stomach and back and my implant had hardened and shriveled under the harsh radiation and I was noticeably misshapen. I was no longer the body confident woman I was. I had to learn how to style myself so that people wouldn’t see how much weight I had gained or that I only had one boob. Most of my pre-cancer clothes weren’t fit for purpose and they were consigned to storage until some date in the future when my figure returned. It's 5 years later and they’re still in storage.

It would be wrong of me to assign all my bodily changes to cancer and its treatment and Ben and Jerrys and Hagen Dazs must also accept some responsibility but, really, after battling cancer who would deny themselves the odd pint of ice cream or two?

Ruffles became my new best friend and I was beyond excited when said ruffles were on the left-hand side of whichever top or dress I had set my sights on. I could accentuate my right boob and people would just assume that the left boob, under all its extra fabric, was exactly the same.

My top eBay search phrase was “one arm dresses” and the amount of stuff I found with extra material on the affected side saw me through many a night out. The same was also true with swimwear, and I bought enough one-pieces to wear a different one every other day on a recent Florida holiday.

I also had, and still have, various operation scars that I need to consider when selecting outfits. Unfortunately, I have mastectomy scars, oophorectomy scars, caesarean scars and, most recently, latissimus dorsi reconstruction scars, so I’m figuring if I can get an outfit that only shows my ankles I should be fine!

I know many women think it is self-indulgent and churlish to place so much emphasis on appearance especially after a potentially life-threatening, and certainly life-changing, cancer diagnosis. For me, I want to get myself back to being the person I was before I had cancer and, if I cared about how I looked then, why shouldn’t I care now?

Top
Blogger
Catlet
Donna was 36 when she was diagnosed with stage II breast cancer in late 2013. Being of English heritage she called on her in-built British ability to "Keep Calm and Carry On", and today stands a cancer survivor. 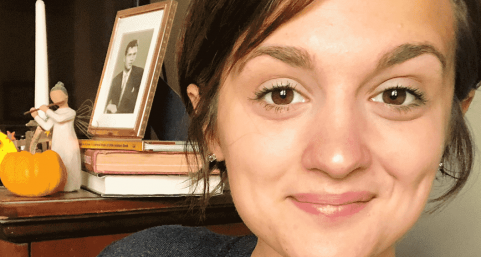 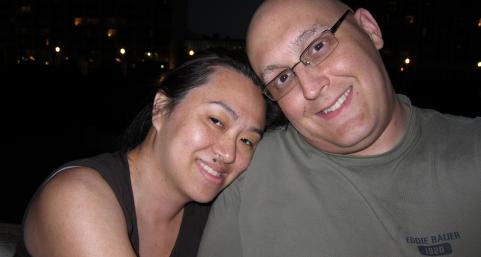 5 Reminders For Anyone Struggling With Weight Gain From Cancer Treatment