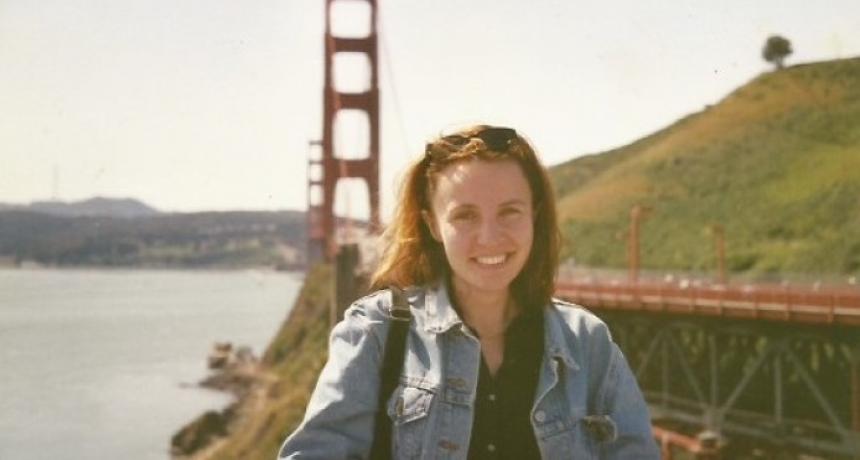 For most people, ten years may not seem like a long time but when cancer comes into play, it may become an eternity.

On my desk, I have a picture of my younger self in San Francisco just before I moved back to France.  With the Golden Gate bridge in the background, I am all smiles, free from all worries. I was in my early thirties and had it all back then, but little did I know that in just a matter of months my world would come crashing down. It was ten years ago… an eternity. And when I now look at this picture, I can hardly believe I had once been this strong, independent, fun-loving person who believed in a bright future.  Despite how painful this sometimes may be, it is a strong reminder of how far I have come over the last decade.

After nearly 9 years in California, people used to compliment me on my determination and “joie de vivre”. From a shy and naïve 22-year old French girl who had serious self-confidence issues prior to the move, I had grown into an optimistic and ambitious young woman. I was shaped by this long American experience into dreaming big and thinking that the sky was the limit.  I was definitely on a roll, unafraid of taking risks and moving as fast as possible.

But then cancer struck and everything changed. All of a sudden, I was no longer in control of my destiny and I had no choice but to slow down and to live only one day at a time to the best of my ability. For an entire year I simply obeyed doctors’ orders, struggling to find one thing to look forward to each morning instead of focusing on the many side effects of the treatments. I lost my hair, my nails, my fertility, and a few friends I counted as my closest. Most of all I no longer recognized myself and refused to look at my bald self in the mirror. To survive this ordeal, I had completely dissociated from the reality of what was happening, and for a year it was as if I was floating above myself and looking at a perfect stranger.

I had basically put my life on hold until I could fit back into my old life. But then this nightmare came to an end, and it just did not happen. This battle left me feeling vulnerable because of what had happened to me, and utterly terrified that my cancer would come back. Within months of my remission, all the repressed fears, pains and tears I had not cried came out. I started suffering from insomnia and getting stressed over menial things. I became angry more quickly and began losing interest in some of the things I used to love.

To make matters worse, I also began feeling like my life was passing me by and that I had become a mere spectator who was not allowed to have their share of the cake. People around me were getting married, had babies, got promoted at work, while I was no longer able to make any plans for myself. I felt empty and unable to move on.

In short, I had won the fight but no longer had a purpose in life other than feeling grateful to be alive. At least that is what I believed for a while!

It took me a few years and lots of tiny steps to accept the fact that I was no longer the same person I used to be. However when I finally came to grips with this new reality, I lowered my expectations and it became easier to start planning a future accordingly. Yes I now have fewer options, but life is full of opportunities. Once we no longer let ourselves be burdened by the standards imposed by society, it is way easier to take a new direction without the pressure to necessarily make the most of our existence.

Ten years ago I was a newly admitted lawyer who worked in a firm specialized in environment protection and the next step was to have kids, move to a nice house, and get a dog. I was making new plans every day and was restless.

Moving forward ten years later, this is no longer the case and my dreams have changed. My life is no longer as glamourous or exciting as I thought it should be, but I am okay with it. I have learned the hard way that life is not perfect, so instead of wanting more from it, I now simply count my blessings and make a list every evening of all the good things that have happened to me over the last 24 hours. I listen to my body and do not push the limits anymore.

Of course, it pains me to realize that the girl in the picture has no longer anything to do with the person I am today with all her scars, weaknesses, and limitations. She hasn’t totally disappeared though. Deep down, she is still here, telling me that I still have much more to accomplish, even though I am now taking my time, enjoying every minute of every day.

And this is why I am keeping this picture of my former self. It may sometimes be bittersweet to look at it, but it summarizes better than any word the journey I have been through over the last ten years and who I am now. I am in peace with my past and taking life as it comes. 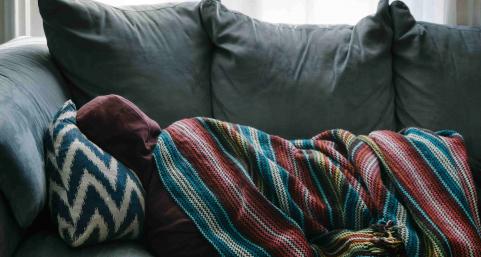 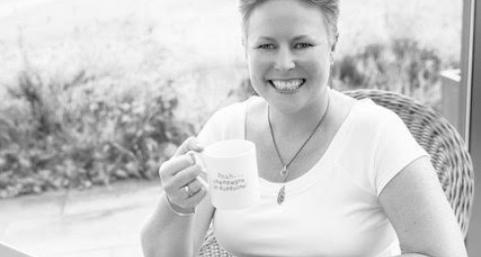 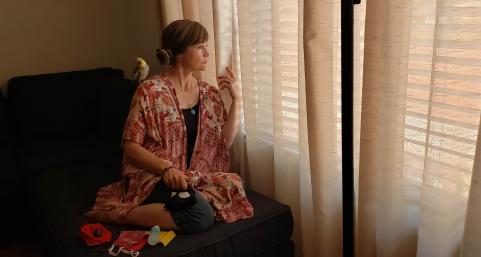