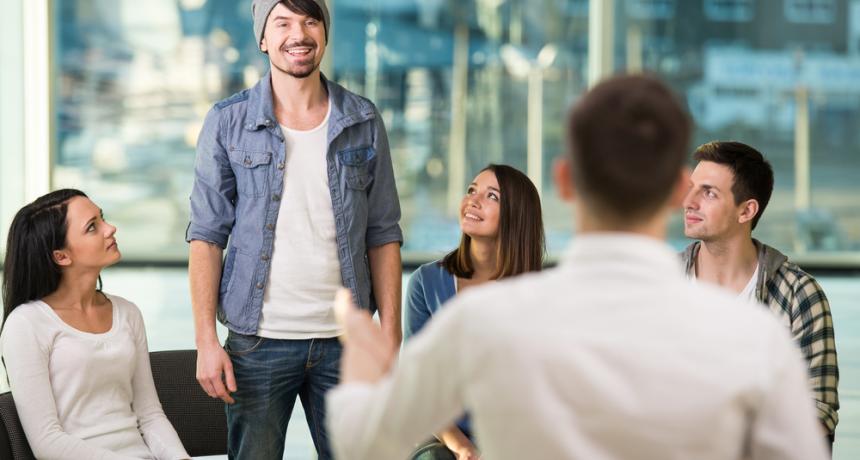 How Sharing My Cancer Story Changed My Life

When Adele decided to open up and share her cancer story, she never have expected the impact it would leave on her life after cancer...or that it would land her a free trip to New York City. Read more.

Shortly after I was handed my 'cancer-free' membership card, I found myself in a very dark place. I might even dare say almost darker than when I was going through the many stages of being a cancer patient: from testing and biopsies, from the doomsday of my diagnosis to the hospital visits, treatments, surgeries, etc. Weird, I know. Then came that fateful day when the doctors told me those words I had been praying for: "You are cancer-free".

Yet, post-cancer, I found myself in a place so dark that it was hard to admit it--seeing as I was now 'a healthy and cancer-free human being'. I should have been thankful for that but I wasn't. I should have been celebrating, but I didn't. I felt lost, alone and unsure how to move forward. Since this was not something I could talk to anyone close about, I found myself surfing the internet to try and find out why I was feeling this way and how to get out of it.

Many of the results I found online were quite medical in nature and didn't give me what I was looking for. I wanted to find out why I could not feel happiness. I couldn't find something that addressed the 'life after' cancer and what to make of it. I began to feel as if I might as well just accept that I would feel this silent emotional struggle forever. Then I came across I Had Cancer.

I was intrigued immediately just by the name alone. Not only was it the 'past tense' of what I had just gone through, but I also felt I could relate to it. For one, it was not a site focused on just the medical technicalities of cancer. Within 20 minutes of searching and roaming the site, checking it out and reading some of their blogs, "THANK YOU" was what I said out loud. I immediately knew I wanted to be part of this, whatever it was. I registered, became a member and contacted them via email asking whether I could submit a blog entry. I met Emily, who worked for the site, and after many emails back and forth, I had submitted my entry for their blog and it was posted. It was called, "Are We Ever Really "Cancer-Free"? and it was the most honest I had ever been on such a public platform.

I had no idea that my moment of vulnerability, laying my heart out online and set free into the world wide web for all to see would get such positive feedback from other members. Thousands of people reacted, and agreed with everything I said. It brought me comfort and strength back in knowing that I was not alone and not going crazy for what I had been feeling. I did not expect that sharing my innermost thoughts, feelings and weaknesses would in turn bring my life some positivity, faith and strength back.

I also definitely never imagined that the blog post would lead me to a free trip to New York City.

Fast forward a year...and 16,000 likes, 20,000 views, 1,200 shares and 500 comments on the blog post later...came an email from the IHadCancer team inviting me to a celebration in New York City honoring all those who had been affected by cancer.

I was all the way in Canada - I didn't think it would be possible to really make the trip. But on my personal Facebook page, I wrote how honored I was to have received the invitation in the first place. What happened next still has me pinching my own arm, shaking my head and wondering "how the hell?". Two words: social media. Social media gave me an opportunity of a lifetime. After reading my post, my co-worker set up a 'Go Fund Me' page, sent it to all my friends, followers and supporters. Within a matter of 24 hours, it had raised all of the funds that were needed to send me and my husband to this event. I was, and still am, speechless. The kindness and generosity that I was offered, without ever even asking, was truly remarkable. My loved ones knew I needed this escape- more than I even thought.

It was a whirlwind and all happened so quickly - from raising the money, to us flying to NYC to attend, to my nervousness of actually getting to meet the IHadCancer team one-on-one a day before of the event.

You know when you have an idea in your head about someone you've never met? You think you know them but you don't. Well in my head, the team was amazing. We were friends and we had a connection I could not even explain as I had never "met" them. I was a member of their online community, probably just a number to them. I can't remember ever being this scared to meet a stranger. I imagine this is what people feel when heading into a blind date. Will we connect as much as we did online? Will we run out of things to say in less than 5 minutes? Will we even like each other? And then the elevator doors opened. I was greeted by a bear-hug from co-founder Anthony, mega-smiles from founder Mailet, and a solid embrace from Emily, whom I had been emailing back and forth with. We spent two hours together, before saying goodbye until the main event the following day. My online impressions had materialized and they were true. The kindred spirits I thought I had met online were just that- kindred spirits. What a fabulous group of people.

I instantly was brought back to the moment when I had found the IHadCancer.com site and felt I had found a family, because meeting them in person was exactly that, like meeting family. Reuniting with old friends. Not only did we have lots to talk about, shared some tears and some laughter, but I am sure I could have stayed hours longer talking, sharing, feeling inspired. Not only had they taken a few hours of their busy day to sit with my husband and me, but they made us feel like we mattered to them, we weren't just a number. This is the magic of the cancer community - we all are bound by a commonality that none of us really want. The best club nobody ever wants to be a part of.

So when someone says that there are silver linings with the diagnosis that is cancer, and you think to yourself "that person is crazy..." trust me, there are. It may come in the form of seeing a friend's true colors when he/she goes the distance with you during treatments, or a nurse squeezing your hand when you just feel so alone, or finding some inspirational quote online during your research, or coming to realize you are stronger than you thought, but those positive moments are out there.

You simply have to open yourself up to them being possible. My silver linings were multiple things,, but most recently, was my experience of meeting total strangers that greeted me in a way I never imagined possible. Had I not had cancer and had not been vulnerable enough to write that initial blog post, I would not have met Anthony, Mailet, Emily, to name a few, or flown to NYC with my husband for some much needed R&R, or met the many strong people who also had the unfortunate diagnosis of cancer at the wonderful IHadCancer "Celebration of Shared Experiences".

And most importantly, I will forever be grateful to myself, that I chose to take the leap and open up about what life after cancer is really like. Although all strangers to me, I feel as though I have found a new family, new friends. The cancer community is my silver lining. 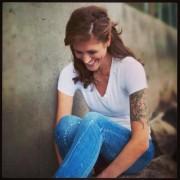 Top
Blogger
Adelecroteau
Adele Crouteau is a proud daughter, silly sister to 3 lovely ladies, a loving wife and beaming mother of two beautiful kids. Her life was overturned in 2008 with the death of her mother to ovarian and peritoneal cancer. Just as she was coming down from the shock,she got her own diagnosis of cervical cancer at age 37. You can find Adele on IHC under the username adelecroteau. 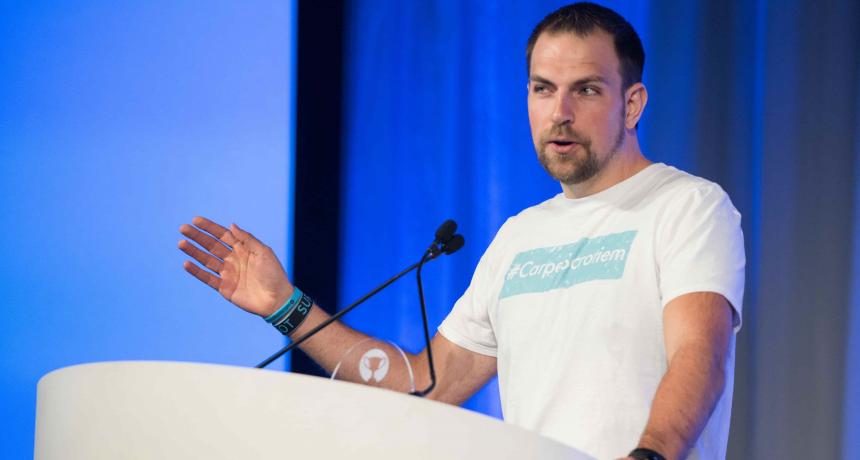 How Having Testicular Cancer Gave Me a New Life’s Mission 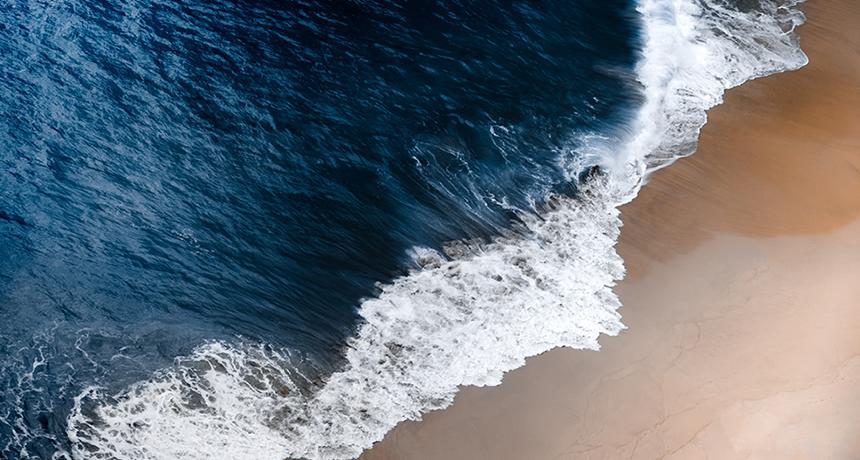 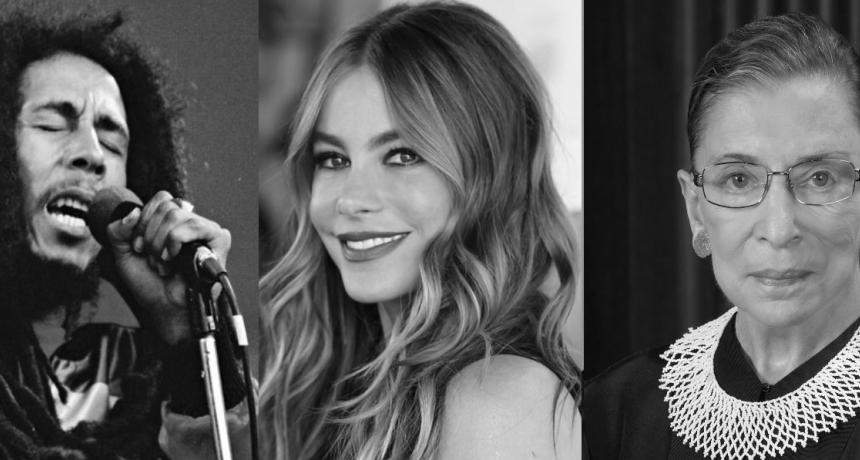 295 Celebrities Who Have Had Cancer