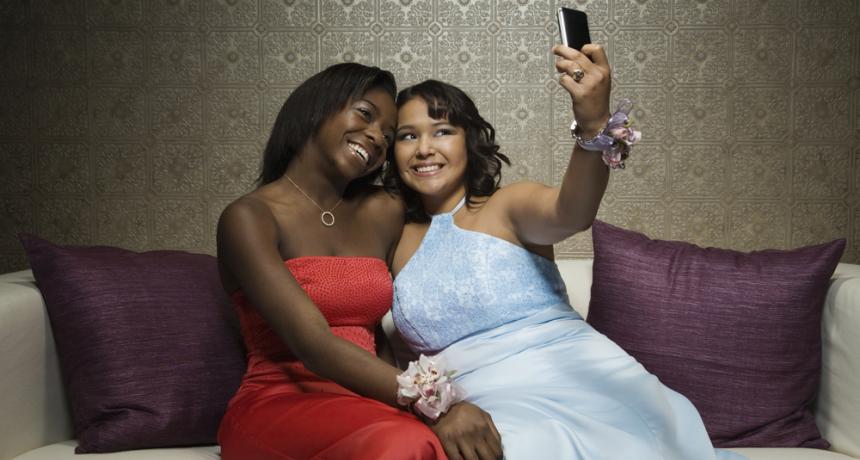 Prom is a high school experience that many people many never forget but it is something many young cancer patients do not get a chance to attend. Luckily there are organizations that help provide these young survivors with a prom and a night to remember.

Eighteen-year-old Gaby and sixteen-year-old Lexy are best friends that have much more to talk about than school gossip. Their friendship runs deeper than your average teen experience, because they are both cancer survivors. They've been forced to ask life's big questions; questions about survival, blood counts, treatment plans; while most kids are asking what college to attend. Smack dab in the middle of adolescence, they both know too well the magnitude of treatment and both successfully - with eyes and hearts wide open- lived to tell the tale.

This summer, along with celebrating their respective remission anniversaries, they both just attended prom. A Prom to Remember, literally and metaphorically.

A Prom To Remember is a donation-based organization dedicated to giving teens affected by cancer an exceptional Prom night, regardless of what stage of treatment or remission they are in. This year's event was held June 21st at the Ritz Carlton, Boston Common. With absolutely everything donated, including limo rides, gowns, and a very special delivery of flowers for each girl from members of the New England Revolution soccer team, the entire experience is completely free to the teens and their families. Thus, all the original stress of prom prepping is stripped away...

All the stress, except crowning King and Queen, of course.

According to Gaby, "when they pick king and queen, they chose it out of a hat so it's really special for that one girl and boy."Lexy agreed, "Last year, this girl that had broken her leg won, and she couldn't dance but she won queen! It was amazing. Just because she couldn't dance didn't mean that she wasn't part of the prom."

Gaby and Lexy met there last year, and became fast friends. In my interview with them, I was astounded at the graceful balance these two conduct between being every day, enthusiastic teens and young women wise far beyond their years. Treatment can instill that quality in a teen, as I learned firsthand; while prom, and the dresses, and who wins Prom King certainly still matters, it matters much less than the overwhelming feeling of time's preciousness, the magnificence of life in moments big and small.

"The most special moment was walking down the red carpet with an escort. There was so many pics being taken and you just feel so special, and that moment was just yours," said Lexy.

A Prom to Remember strikes fantastically on that sentiment. It offers these courageous teens an opportunity to celebrate a quintessential teenage event together, with a profound understanding of each other's realities at the forefront. Simultaneously, it's grants these brave fighters the much-deserved luxury of acting their age.

"It felt so amazing because for the girls who did miss their senior proms because they were either in the hospital or felt too self conscious. But everyone in the room knows you or what you're going through, so we can all kind of relate," says Lexy.

They all went through the same thing. They can be more relaxed because everybody knew whyt hey were there. They could either talk about theeir stories or forget about what happened. They didn't necessarily talk about our cancer, they could just say 'wow we're from the same area, let's just be friends.

It should be noted, quite humbling to heart in fact, that such an evening does more than offer a few photographers to look back, new friendship here and there. At such a precious time, being affected by cancer might be even more character-altering than any other time, as they prepare to shape their newly-awarded adulthood with a conscious new awareness. Living in hospitals and constantly fearing the germs of the outside world on diminished immune systems can leave a patient feeling isolated. It's experiences like A Prom To Remember, it's new connections established, that makes the dissonance between regular teen-hood and chemotherapy treatment diminished ever so slightly.

"I still think [cancer is] the scariest thing in the world. But I look at having cancer differently now. I look at it as a stepping stone in life. Memories that come in between are so special and I feel like having cancer makes your life have a little more meaning."

Now that they've celebrated their year anniversaries of being cancer survivors and celebrated their second prom together, Gaby and Lexy are looking forward to life beyond cancer. "I'm really excited to be graduating in two years," said Lexy. "Going through chemo and living in the hospital has made me decide what I want to do. I want to be an oncologist which is a lot to live up to. But I feel like being an oncologist, I would always be able to relate to that because I've been in the position that they're in."

As for Gaby, she's looking forward to starting to college. "I start in the fall. And I'm studying child and adult psychology, because I want to become a guidance counselor and help others. I don't like when people are sad."

Simple, wise, wonder-full in every sense. I'd like to share my endless gratitude to both Gaby and Lexy for opening up about your incredible experiences and allowing me to share your story. 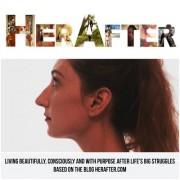 Top
Blogger
rachaelyahne
Rachael Yahne is a writer, blogger, and freelance journalist now living in NYC. She was diagnosed at age 17 with stage 4B Hodgkin's Lymphoma. After years as a fashion journalist, she now writes women's lifestyle articles about life, love, thriving after surviving, and living in the big apple. You can find Rachael on IHC under the username rachaelyahne. 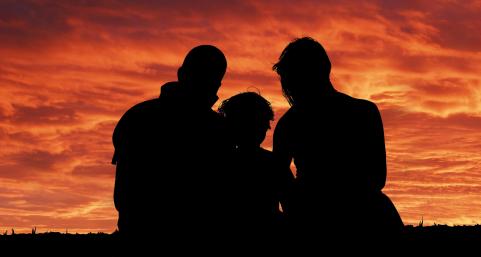 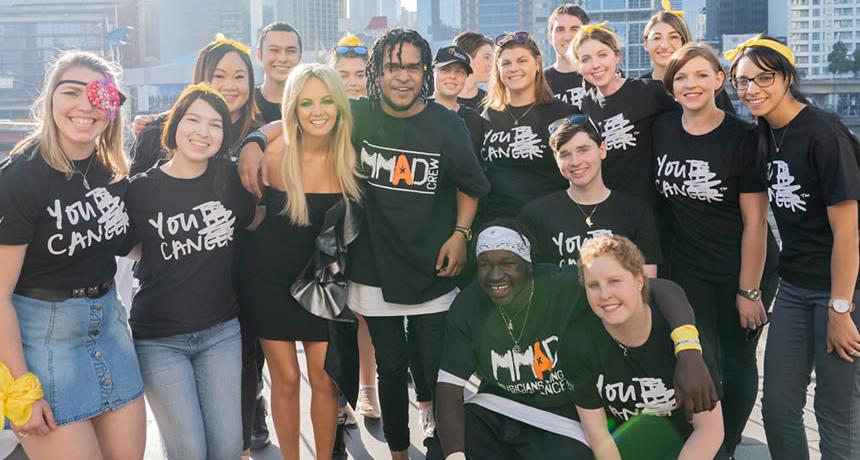 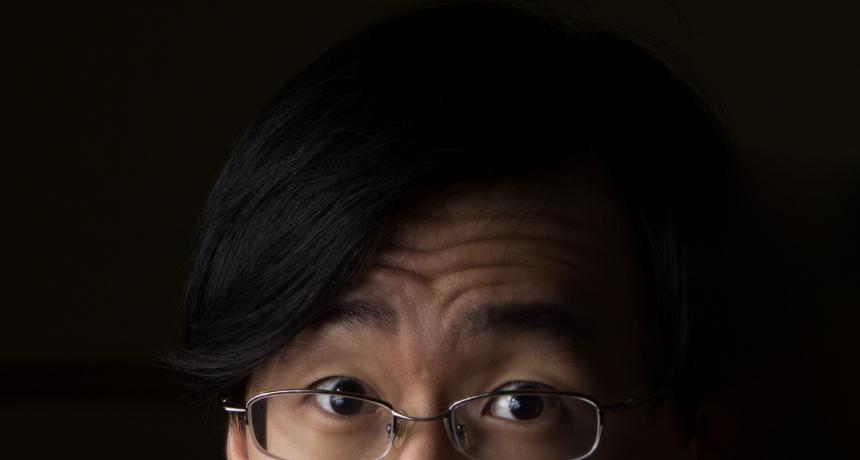 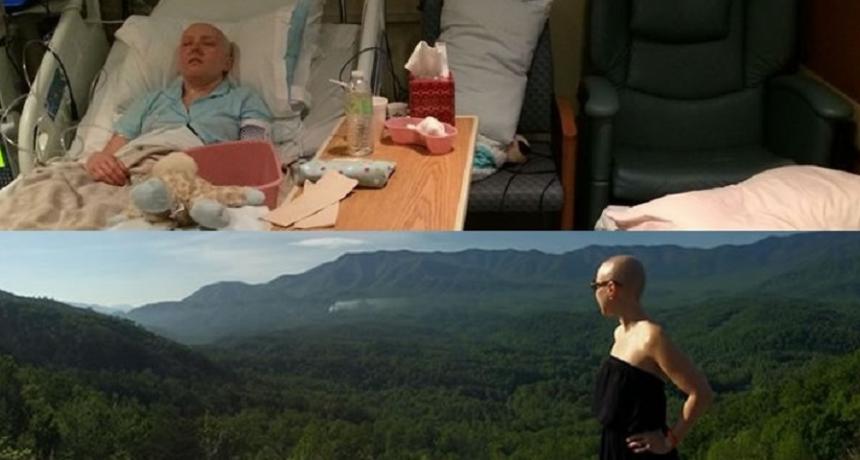 I Never Felt More Alive Than After I Almost Died