I Had Cancer Guidelines

We're all here for similar reasons - we've been touched by cancer in some way. It’s up to all of us to show each other that no one is alone. Your IHadCancer profile is your own place to call home during this crazy thing called cancer, we just ask that you keep these simple guidelines in mind when participating.

1. Always Be Nice. This is a place for connections and conversations – we encourage you all to talk openly but please remain considerate in all of your engagement. Don’t post obscene, hateful or objectionable content. Abuse and disrespect will not be tolerated in the IHC community and is subject to deletion and user removal at our discretion.

2. Be a Good Friend. The IHC community is a family. Please remember to be a good friend to the connections you make on IHC. Ask questions that you wish someone would ask you; if you can’t find the right words to say, send a hug, it can speak louder than words. A simple gesture goes a long way.

3. Don't Spam. This includes sending unsolicited messages of any nature, posting links to unrelated content, promoting a survey, fundraiser or product where it shouldn’t be promoted. If you aren’t sure if something is appropriate to post, e-mail us and we’ll let you know.

4. Think Before You Post. Everything you post on IHadCancer is secure, but it is up to you to monitor how much or how little information you are sharing about yourself and your experience. Please don’t share personal or identifiable information like your mailing address or your full name and don’t share other member’s information.

5. If You See Something, Say Something. We work hard to make sure these guidelines are followed closely but if you see something that doesn’t’ feel right to you, please let us know. We review every report we receive and will take anything you say to heart. We promise.

6. Be Open. Welcome newcomers and help guide them through this journey based on your own experience. Whether you are a survivor, fighter, caregiver or supporter, you have valuable information that can very well help someone else who is just beginning the cancer journey. Be open to sharing experiences and give someone else the gift of your time.

Thanks for being a part of our community. It’s up to all of us to ensure that IHadCancer remains a place for us all to call home when dealing with the ups and downs of a cancer diagnosis. 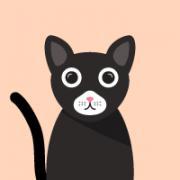 You are not a "dear" to me, far from it. You tried to ruin me, but you may see there have been some unintended consequences to your actions. You did your best to strip me of every last shred of dignity I had, and you very nearly succeeded. You had me backed into a terrifying corner of isolation. I could hardly even find people to connect with online, let alone those in person I mistakenly thought were in my corner. You were the final straw that threatened to completely break me, and in some ways you did. After a life of unbelievable struggle, with so MANY obstacles that had worn me down and some that nearly killed me, there you were- an anvil falling from the sky. It was ironic because I had been putting such great effort into correcting all my biggest mistakes over the last several years (and was getting my a** handed to me unsurprisingly... I even welcomed it), but things were finally beginning to fall into place. I had to laugh, at first I did. You were the great white that surfaced and circled me for over half a year in my small life raft. You watched as those I thought were friends, scattered at the sight of you. You stole physical beauty I didn't even know I had- claiming my hair, eyelashes, my lovely eyebrows and my figure. You marked my face with discoloration and bloat. You made my brain slow and ripped away my sparkle. You made it close to impossible for me to speak. All of this from the countless hours of poisoning and weeks of sickness it took to get rid of you. You didn't kill me but you made me want life to end far too much and for far too long- more than I ever imagined possible. You reduced me to the most unevolved parts of myself- you humiliated me in front of God, myself and others. All of these awful things that no one wants to hear or see, let alone experience, you did. You left me with the wreckage of everything dark that ever happened to me that had apparently never been resolved, such was your timing. Because of when you decided to appear, I was pushed into utter darkness and forced to face the thousands of invisible predators that were hiding there. I thought, certainly you had won. If you didn't directly take my life, you would indirectly... Or you would take my sanity. You nearly did. However, in your efforts on the behalf of evil to finally and completely gut me, you instead uncovered and helped dissolve layers of hardened debris that would have otherwise never been removed from my heart. And this message to you is much how I feel right now; heavy, battle-weary and mostly dark. But after stripping me down to close to nothing, attempting to crush me and raking the most tender parts of me over burning hot coals, you accidentally sparked something inside of me. Even I don't know what it is, but I feel that God is revealing things to me that were far lost, hidden long ago. Special, priceless gems that even you cannot destroy and that you will never touch. Your ghastly fire ripped right through me and only killed the dead growth. This time, the life you took can only come back stronger, more beautiful, more verdant than it ever was before. You tried to annihilate me, but you improved me. I would have never thought this possible, even now I can hardly believe it... But this is what has happened. I just have this inkling, this emerging, small, yet impressively solid feeling that you are going to wish so desperately and so dearly that you had never even come near me- but it is too late now. My move, checkmate.
May 29 2017 3:12pm |
5
| Report

Back to Dear Cancer